Skip to Content
Home Scribbles Real Life Broken Trust, Being Lied To
by 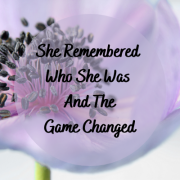 
Broken Trust, Being Lied To

What Hardly can be Restored? Broken Trust!

Is there something worse than broken trust? She asked herself. Words that were told by him to her that he hadn’t followed up from the beginning of their “relationship”.

She had told him often that she understood everything. Everything! Not that she agreed with everything, but she was able to understand every side of a story. How terrible that story maybe would be.

And then, somewhere in the beginning of April, he contacted her again. There had been some contact via email. This time he was telling her she was still in his heart. That he loved, loves, her very much and wasn’t able to forget her.

He told her that he wanted a real relationship with her. Forever. Not a fling or a one-night stand. No, real love. Everlasting love. This time their renewed contact… It lasted only a few days.

One of the first messages he did send her, “are we going to call each other every day now?” She was flabbergasted. Couldn’t believe it. This, what she wanted so much.

And, how stupid, she fell for it again. A clearly very bright and intelligent woman falling again for a person who can’t be trusted to do what he is saying. Not at all. All the things he said that Friday he contacted her again, he didn’t do as promised the next Saturday already.

He contacted her on a Friday and promised to call her the next Saturday. During their text messages that Saturday, he promised her again that he for sure would call her. Of course, it didn’t happen. It was not the first time he didn’t follow up on the promise. And why not?

She still had no idea. Was it anxiety? Afraid of what she would think of his voice? What was it? It immensely hurt her that he didn’t follow up on his promise. She sighed and thought, “I will never get an answer about this. Never. This is lost time, he is not worth my very deep soul level love for him”.

Although that Saturday felt like hell, they were in contact again on Sunday. She excused herself for breaking up that Saturday. He never excuses himself for not calling. No explanation, nothing. She didn’t ask. Knowing there would not be an honest answer.

Sunday they agreed that she would call him Monday in the afternoon. He promised he would pick up the phone. Although she did feel it already he would not, she was willing to give it a try. They agreed on the time when the call would take place.

Monday came and they spoke a little. Again, he promised her he would pick up the phone. And again it would be as false as possible. She already felt it, but she wanted to believe him so terribly. In the afternoon, he asked her to change the time of their call. No problem.

She asked him if this was him cancelling. No answer. So, she called newly upon the agreed time. And what she already felt would happen… He didn’t pick up the phone how often she tried. No answer at all.

In the morning after, she received an email. That he didn’t feel well yesterday. That he would stay in bed and go to the doctor. Guess what?! She didn’t believe him. And she told him to call her when he would take their “relationship” seriously.

Trust is something that can be broken very fast when people over and over again don’t do what they say they will do. You can give them few other changes. But when their actions don’t follow their promises, walk away! They are not worth your efforts nor your love. Even not when you love them deeply….

He was wooing me and our contact intensified. Deep conversations and he told me he is in love with me. My feelings for him grew also. He told me that he never felt this before. That I am his soulmate and that he wants to grow old with me. That this is no fling, but deep true love.
And stupid me… I fell for it.
And then… He started to ignore me completely. Completely. Without any warning. I became very angry. Being ignored is the worst thing you can do to anyone you are in a relationship with.

This blog was first posted at my previous blog, The Worldview of an INFJ.